Brad Long, the account manager at Efficiency Vermont, said the old compressors “were so fatigued they were leaking six large barrels of mechanical lubricating oil per year.” 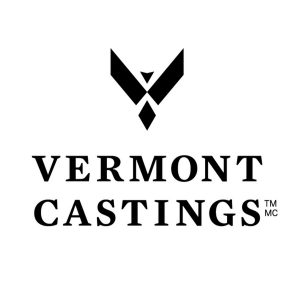 To make Vermont Castings, a subsidiary of Hearth & Home Technologies LLC (HHT), more energy efficient, the company turned to Efficiency Vermont, the state program created by the legislature to provide Vermont businesses and others with technical services and funding to improve their energy use.

“I can’t say enough good things about them. They were able to run this project cradle to grave,” Vice President & General Manager Jeffrey Nelb said. “We’re a small shop and didn’t have the people on our own [to engineer the work].”

One chief improvements was a $460,000 upgrade—partially paid for by Efficiency Vermont—to the compressed air system the foundry draws upon to power equipment throughout the plant.

The air compressor room was moved to another location within the plant. (It previously had been located below the electrical transformers, presenting a fire hazard.) Three new compressors were installed in addition to two others that were shipped in from another Hearth & Home plant in Kentucky.

The new high-efficiency compressors are projected to save $61,000 on electricity costs, which means they virtually will pay for themselves after 7.5 years.

Nelb said there will be additional savings on maintenance costs, and “redundancy” has been built into the system so that equipment can continue to be powered if one of the compressors fails.